A noiseless patient spider,
I mark’d where on a little promontory it stood isolated,
Mark’d how to explore the vacant vast surrounding,
It launch’d forth filament, filament, filament, out of itself,
Ever unreeling them, ever tirelessly speeding them.

And you O my soul where you stand,
Surrounded, detached, in measureless oceans of space,
Ceaselessly musing, venturing, throwing, seeking the spheres to connect them,
Till the bridge you will need be form’d, till the ductile anchor hold,
Till the gossamer thread you fling catch somewhere, O my soul.

Anecdote of the Jar

I placed a jar in Tennessee,
And round it was, upon a hill.
It made the slovenly wilderness
Surround that hill.

The wilderness rose up to it,
And sprawled around, no longer wild.
The jar was round upon the ground
And tall and of a port in air.

It took dominion everywhere.
The jar was gray and bare.
It did not give of bird or bush,
Like nothing else in Tennessee.

speaking to moon with my clay body

the baby’s awake at sunset

out in the pueblos

mix clay with their feet

paint the dust with prayers for water

A small study in the poetry of two passionate poets – one quietly desperate, the other stridently disgusted –  on feeling socially isolated at parties. Eliot, young and English, Tsvetaeva, young and Russian.

From Eliot’s The Love Song of J. Alfred Prufrock written in 1910:

… And I have known the arms already, known them all—
Arms that are braceleted and white and bare
(But in the lamplight, downed with light brown hair!)
Is it perfume from a dress
That makes me so digress?
Arms that lie along a table, or wrap about a shawl.
And should I then presume?
And how should I begin?
~Eliot
From Marina Tsevtaeva’s Poem of the End, written in 1924:
… A blonde mist, a wave of
gauze ruffles, of human
breathing, smoky exhalations
endless talk      the smell of
what? of haste and filth
connivance       shabby acts          all
the secrets of business  men
and ballroom powder. 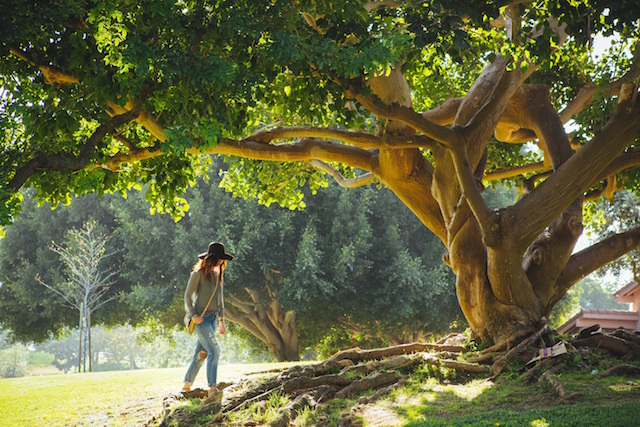 the practice of devotion

is now available on Amazon Kindle.

These are love poems.

State Poet Laureate Tod Marshall kindly chose one of the poems from my manuscript the practice of devotion for inclusion in WA129, an anthology of award-winning Washington State writers and poets. The anthology is now available from Sage Hill Press.

when we first met

who can speak of what the peony gives out

when it’s bowed down to the ground with rain

not one guest looked up to see

Walking to Philip’s downhill in the rain / A bird embryo on the sidewalk / Zazen organizes events around itself / Like opening or closing a green umbrella. ~ Miriam Sagan

It was one of those mornings when both love and work had put me into a bad mood in record time. I’d taken the bait and couldn’t shake my anger and frustration. On top of that, the robins had been tearing up the garden all morning for worms and the spinach sprouts were suffering for it. All that work, for what? Attachments.

The only good solution, after a couple of hours of hacking away at the confusion (because that doesn’t work anyway) was to take a walk. I grabbed my phone, downloaded a Dharma podcast from Upaya Zen Center and put on my shoes. The morning was beautiful and I knew that walking down quiet, fragrant streets would probably cheer me up. I had planned a longer walk than usual, about four miles, a winding downhill, then a long uphill back home to wear out the resistance. All this would certainly help me sit out the rest of the afternoon in front of the computer. It’s one of the tricks of working from home, and of being a writer, walking. It can clear the mind. I hit play and began listening to a podcast about faith.

Down the first steep hill and a crow shot out of a holly tree with robin parents shrieking. I knew what was going on. The crow had grabbed a fledgling and was going to sit there and tear it apart alive. I’d seen this happen once before and it isn’t something you easily forget. Watching an infant be torn up and eaten – any infant – is traumatizing.  It’s even harder I think when you’re a mother of children yourself.

I crossed the street because the crow had decided to eat its lunch under a large cedar, the driest place on the block. When it saw me coming it jumped and flew, leaving the baby on the ground. Afraid it was hurt and bleeding, I approached slowly, for my own sake. But the baby was still perfect. It was so delicate it was hard to pick up. The dust came into my hand along with its tiny body. The eyes were huge and closed, blue through its fragile skin. Its body was hot and its heart was beating very hard. Without thinking, my hand closed over the small pin feathers and I held it to my heart.

Within a few seconds our hearts were synced. There was a momentary gap where nothing happened, a gap between thought and action that contained only those heartbeats. I became a mother again in that moment. The mother of a tiny baby. Is there any greater love than to hold a new baby next to your own heart?

The next task was to find the nest and return the baby to its parents. But the the nest was out of my reach. What to do? Leave the baby? No. Go back to my walk? No. Find help? Yes. I brought the child home, put it in my lap, took the photo above, and went online. And then I realized I have a ladder.

The rest was easy. The infant is back in its nest, the parents attentive again (perhaps). And all that love? It’s cleared my mind and heart for a good while. Every day is a gift.

I sit in Seattle coffee shops in the morning, order a latte, and read Heaney’s new translation of Book VI of The Aeneid of Virgil. And every morning it amazes and terrifies me. Rather than go on about Heaney’s gifts as a writer, I thought it would be easier to do a comparison of a few lines so you can see what you think.  So here are Mandelbaum (who’s translations I have loved for many years) and Heaney together. Twelve great lines.

Both of these translators bring to mind the words recently spoken by Pope Francis in condemning the Western response to the refugee crisis: “O Cross of Christ, today too we see you in the Mediterranean and Aegean Seas which have become insatiable cemeteries, reflections of our indifferent and anesthetized conscience.”

Before the entrance, at the jaws of Orcus,
both Grief and goading Cares have set their couches;
there pale Diseases dwell, and sad Old Age,
and Fear and Hunger, that worst counsellor,
and ugly Poverty–shapes terrible
to see – and Death and Trials; Death’s brother, Sleep,
and all the evil Pleasures of the mind;
and War, whose fruits are death; and facing these,
the Furies’ iron chambers; and mad Strife,
her serpent hair bound up with bloody garlands.

In front of the house of the dead,
Between its dread jambs, is a courtyard where pain
And self-wounding thoughts have ensconced themselves.
Here too are pallid diseases, the sorrows of age,
Hunger that drives men to crime, agonies of the mind,
Poverty that demeans–all of these haunting nightmares
Have their beds in the niches. Death too, and sleep,
The brother of death, and terror, and guilty pleasures
That memory battens on. Also close by that doorway:
The iron cells of the Furies, death-dealing War
And fanatical Violence, her viper-tresses astream
In a bloodstained tangle of ribbons.

Poetry on the Bus

Buddha at the Gas Pump